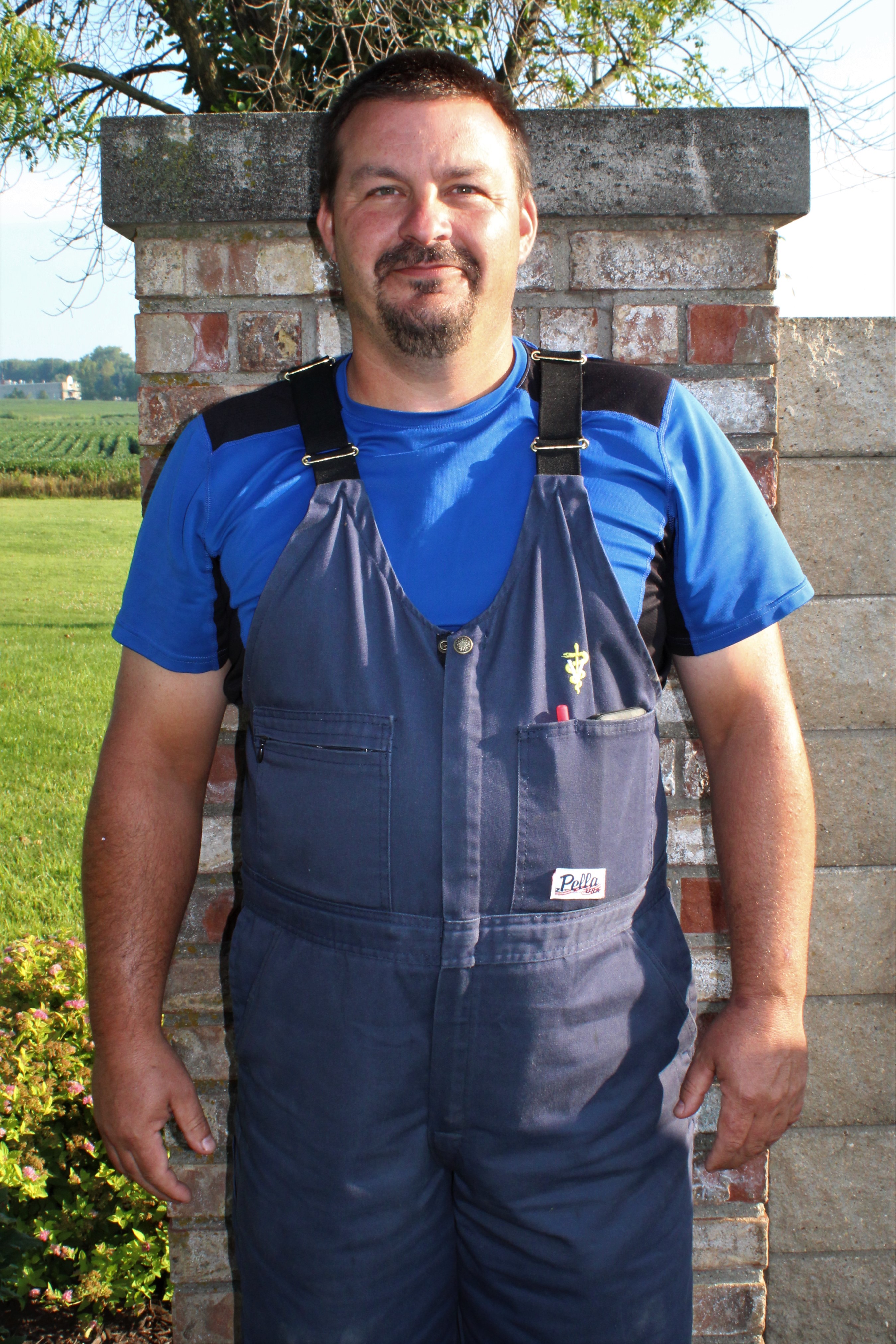 Abe Trone, DVM, grew up on a small farm in West Central Illinois and graduated from the University of Illinois in 2003. He started at the Lena Veterinary Clinic in 2003 and works primarily with dairy cattle, horses and small ruminants. He utilizes ultrasound in all species primarily for pregnancy diagnosis and implementation of reproductive programs. Equine services he specializes in are reproduction, dentistry, foal care and lameness work. Herd health with ultrasound, fetal sexing and troubleshooting herd issues, are areas of interest in dairy. His wife, Peggy, is the high school agriculture instructor and FFA advisor at River Ridge High School. They have five children Owen, Evan, Merrick, Grace, and Faith. His hobbies include camping, hunting, fishing, and any other outdoor activities with the kids. 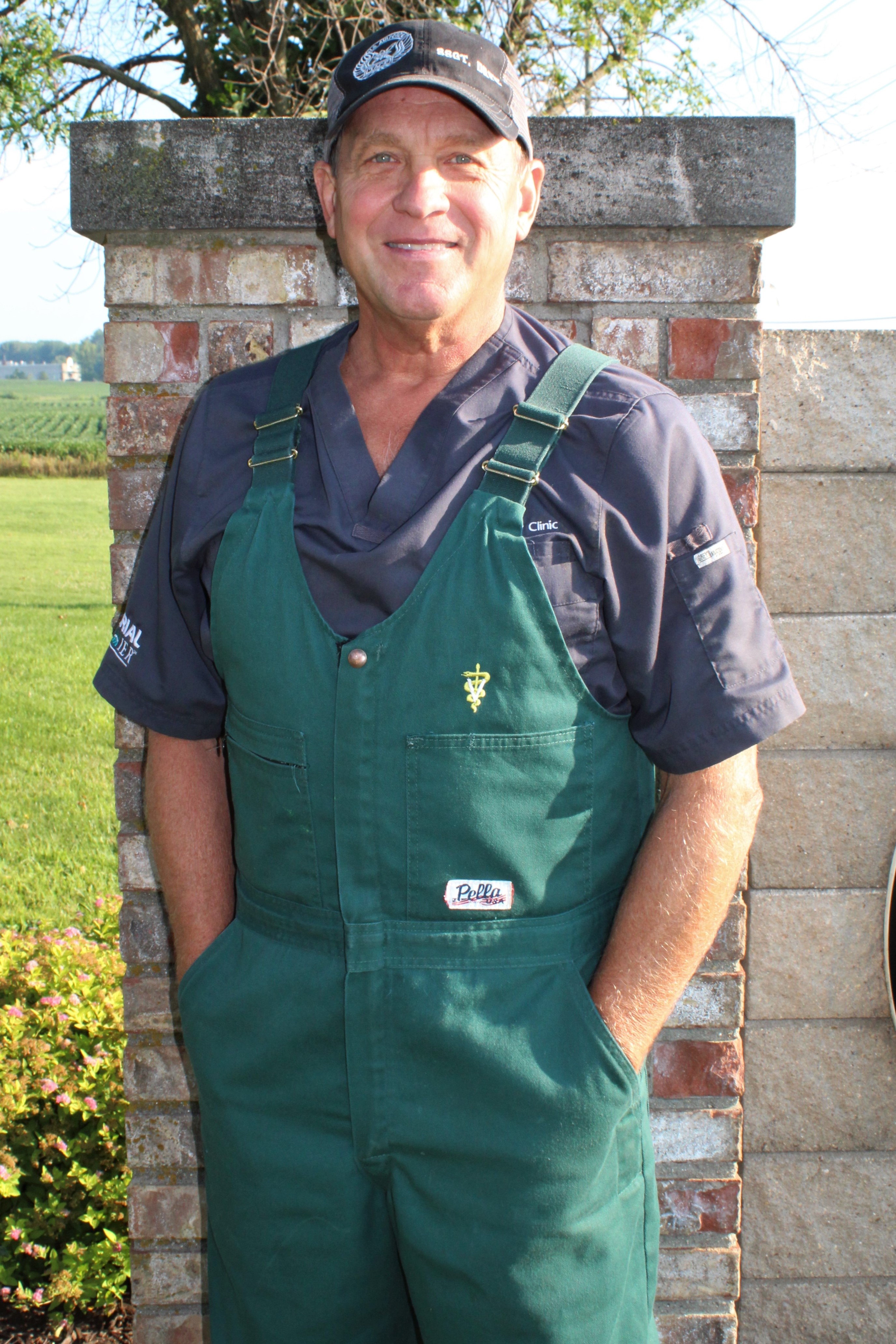 Cary Schroeder, DVM, is from Lost Nation, Iowa and graduated from Iowa State University College of Veterinary Medicine in 1984. He started at the Lena Veterinary Clinic in January of 1991. Dr. Schroeder’s current emphasis is bovine medicine, reproduction, and embryo transfer. Cary is married to Sarah and together they have three children and seven grandchildren. His hobbies include golfing, hunting, and coaching baseball. 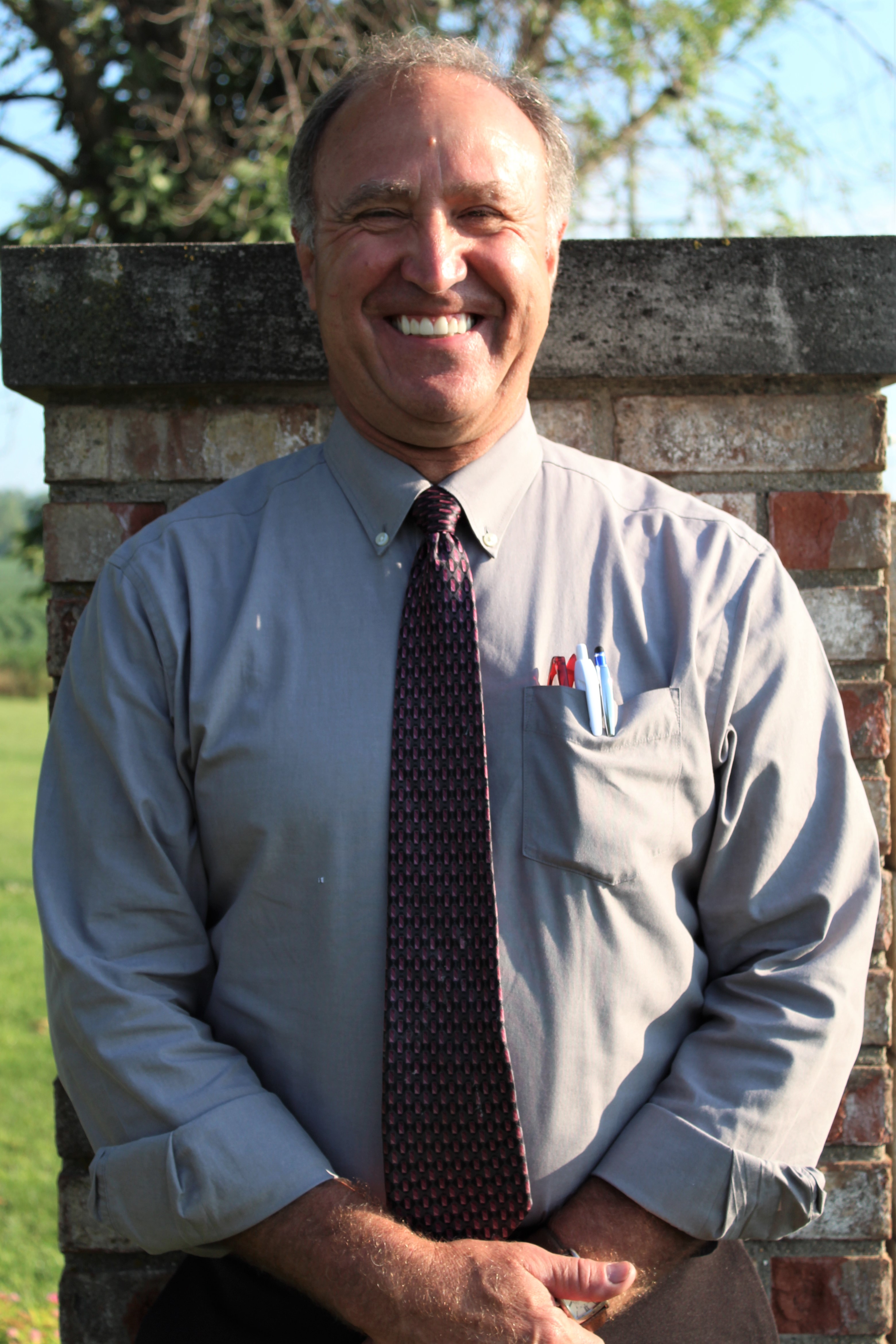 Ken Fiedler, DVM, grew up in the Scales Mound/ Galena area on a small dairy farm and ever since he could remember he wanted to be a veterinarian. He graduated from the College of Veterinary Medicine at the University of Illinois in 1983. At the Lena Veterinary Clinic, Dr. Fiedler specializes in the companion animal area of the practice, that involves mainly working with dogs and cats, but also includes other animals such as rabbits, guinea pigs, and some avian. He enjoys small animal medicine and surgery, especially soft tissue surgery. Ken is married to Diane, who is a pharmacist at the Lena Drug Store. Together they have four children - Ava, Grant, Will, and Dorthea. They have two dogs - Bella & Cooper. They also have two cats, Socks, the midnight sock snatcher; and Slugger, the fat cat. His hobbies mainly include keeping up with his kids’ activities, including volleyball, soccer, wrestling, and dance. He also enjoys gardening, working around his home, and occasionally traveling. 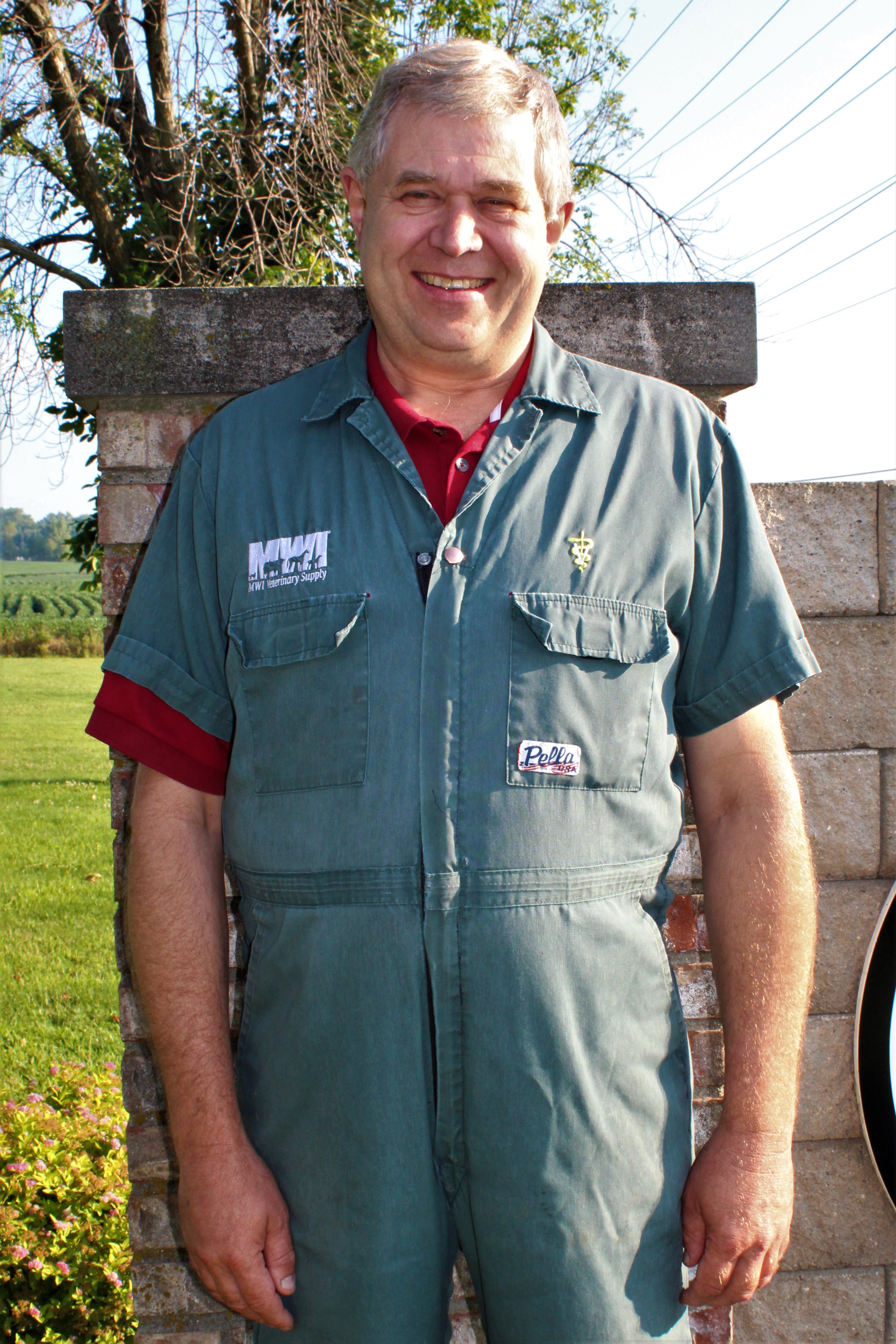 Jim Moest, DVM, grew up on a farm in Stephenson County and graduated from Freeport High School in 1983. He attended the University of Illinois after high school, graduating from the University Of Illinois College Of Veterinary Medicine in 1990. After graduation from veterinary school, Dr. Moest practiced for two years at Western Illinois Veterinary Clinic in Quincy, Illinois. In August of 1992, he joined the staff at the Lena Veterinary Clinic where he has practiced for the last twenty years. He enjoys all aspects of veterinary medicine, with the large majority of his career devoted to food animal practice. Within our food animal practice, Dr. Moest focuses on assisting our swine producers in remaining competitive. Jim has been married to his wife, Jolene, for 20+ years. He and Jolene have four children, Elizabeth, Jacob, Nicole, and Jacquelyn. Jolene set aside her teaching career to take care of their children, but has recently reentered the profession as a substitute teacher in the Pearl City and Le-Win school districts. 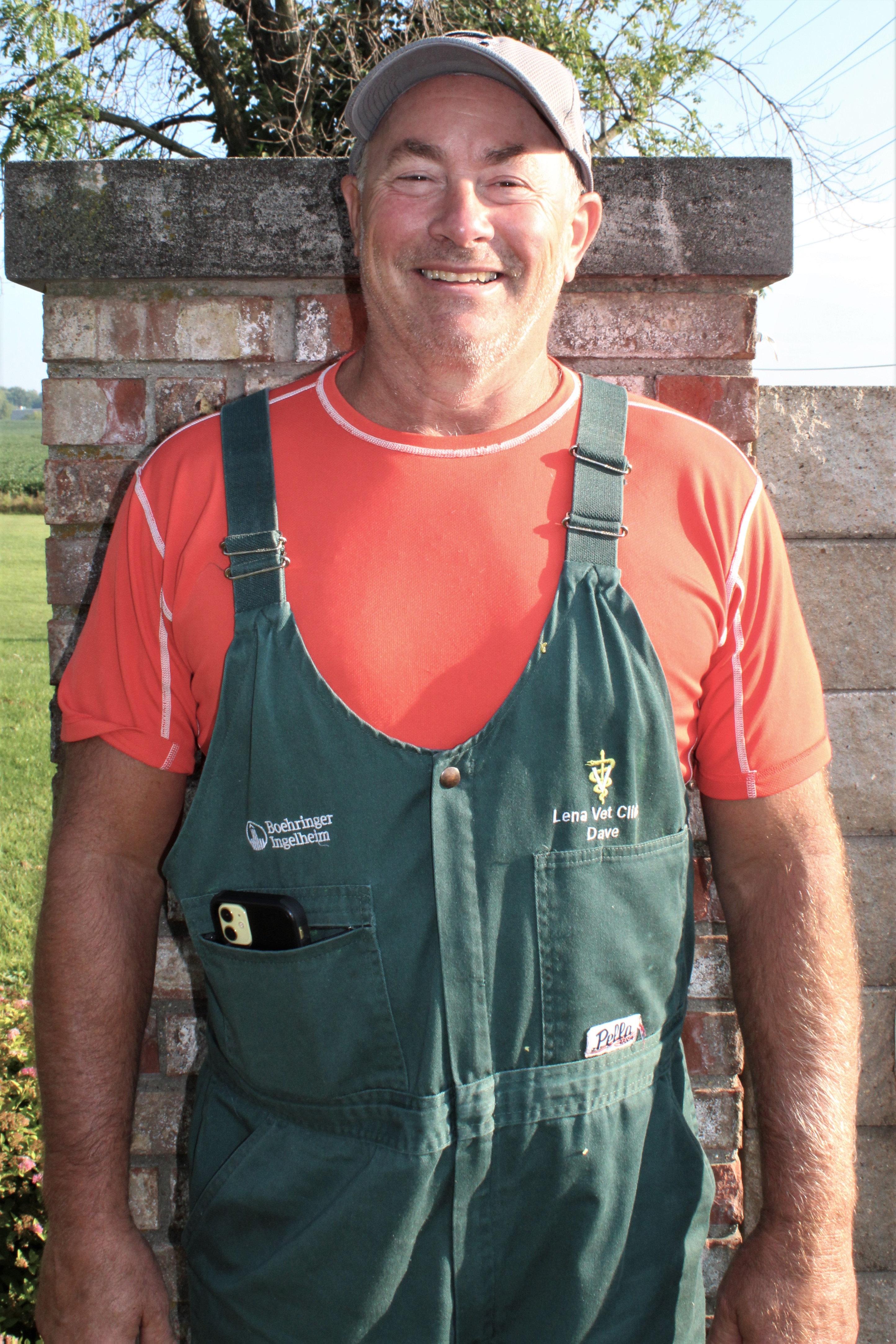 Dave Bergemann, DVM, was born and raised in Freeport, Illinois. He graduated from Freeport High School in 1977 and received his Associate of Science from Highland Community College in 1979. Dr. Bergemann attended the University Of Illinois College Of Veterinary Medicine and graduated in 1983 with a DVM degree. He began practice at the Freeport Animal Hospital in 1983 and practiced mixed animal practice there until 1986. In May of 1986, he took a position at the Lena Veterinary Clinic and continues to practice here with enjoyment. Dr. Bergemann presently focuses primarily on food animals with a dairy emphasis. Dave married his wife, June, in 1981 and they have four children: Nicholas, Sarah (Goeke), Timothy, and Michael. They also have four grandchildren: Cohen, Kadyn, Eliana, and Jaxson. Dave enjoys playing golf, both traditional and disc. He also enjoys spending time with his grandchildren. Dave has been active in the community with the Jaycees, residential housing development, and was the founder and operator of the Lena Haunted Barn for twenty years. 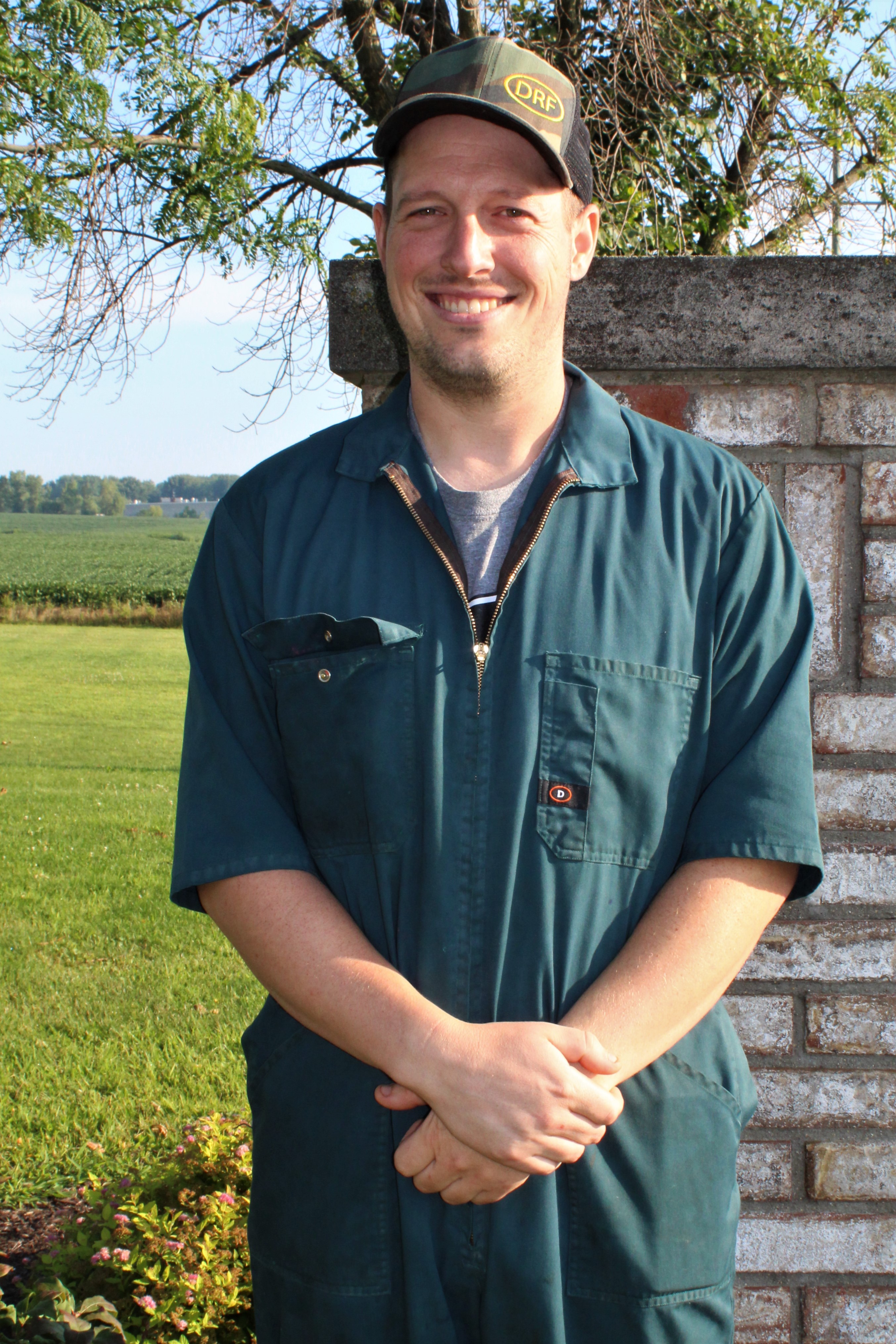 Josh Hillesheim, DVM, grew up in New Ulm, MN and graduated from Iowa State University College of Veterinary Medicine in 2015. Through high school and college, he became more immersed in dairy and swine medicine. He enjoys working with all species and his areas of interest include analyzing a given situation in relation to herd health and milk quality. In his free time he enjoys road biking, fishing, canoeing, and following Minnesota sports.

Brandon Scharping, DVM, grew up in Bangor, WI, graduating from Bangor High School in 2010. While growing up he showed and judged dairy cattle through 4-H and FFA. Dr. Scharping earned a Bachelor’s Degree in Dairy Science at the University of Wisconsin-River Falls, and attended the University of Wisconsin-Madison School of Veterinary Medicine. Throughout veterinary school he worked as an artificial insemination technician, and gained interest in cattle reproduction. Dr. Scharping enjoys dairy production medicine, and likes to help dairy producers remain profitable and progressive. His hobbies include camping, fishing, running, attending country music concerts, and cheering for the Green Bay Packers and Wisconsin Badger Athletics. 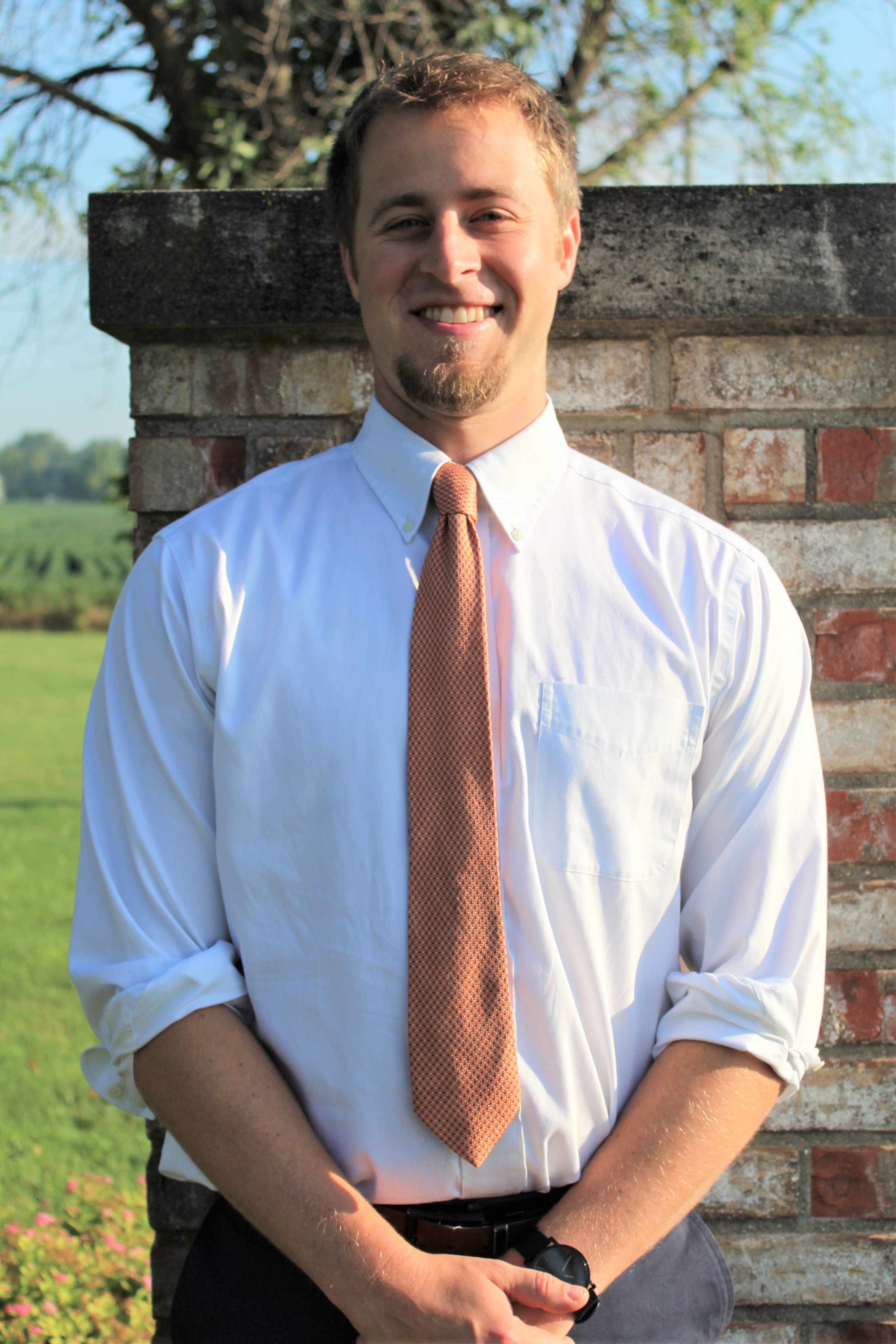 Alec Frits, DVM, graduated from the University of Illinois in 2018 and started practicing at the Lena Vet Clinic in March 2019. His professional interests includes a variety of mixed animal medicine - from small animal soft tissue surgery and primary care medicine to pregnancy checking cows and managing herd health. He particularly enjoys this variety and spending each day doing something new and different! Dr. Alec graduated from Lena High School in 2009 and is excited to be back in the area with family and friends. Some of Dr. Frits' other interests include fishing, hiking, hunting, skiing, running and attending sporting events. He is an advocate for the Chicago Cubs, Bears & Blackhawks! 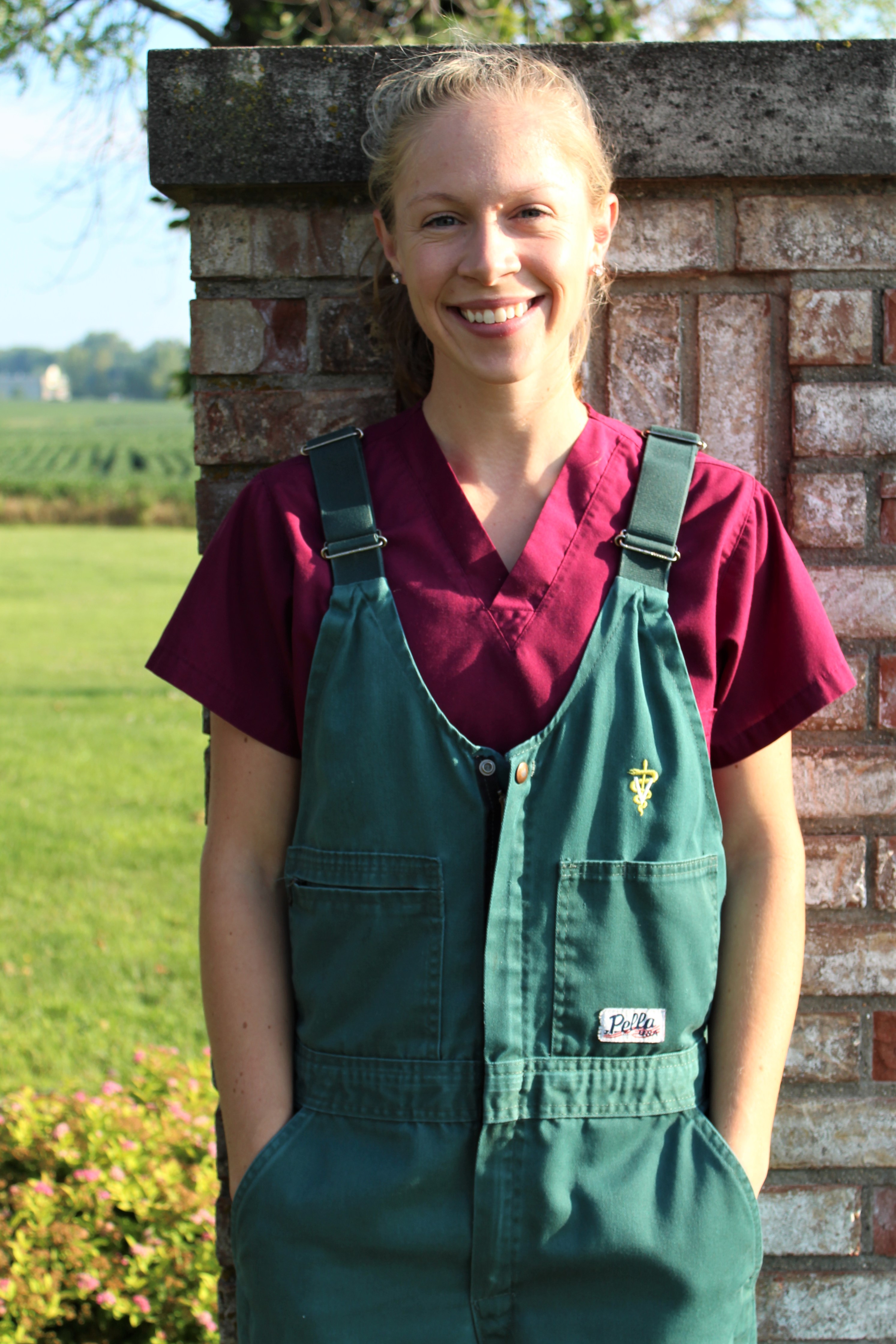 Morgan Scharping, DVM, graduated from the University of Wisconsin in 2019. She grew up on her family's dairy farm in Soldiers Grove, Wisconsin and was active showing cattle with her local 4-H club. During vet school she worked for the Johne's Testing Center at the UW as a lab technician and for Boviteq, an in-vitro fertilization laboratory, working with bovine embryos. Her main focus is on livestock medicine and surgery. In her spare time she enjoys spending time outdoors gardening, hiking, running, and traveling.