Lena Veterinary Clinic is a full-service animal hospital caring for your pets and farm animals. Our clinic welcomes patients in need of medical, surgical, and dental care. Our 9 veterinarians have the years of experience you and your animals are looking for! 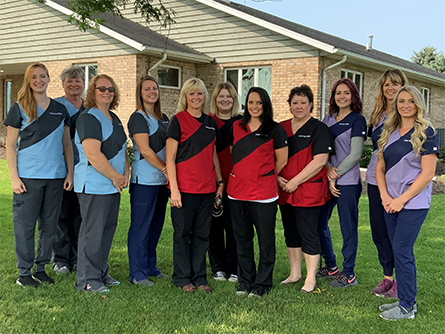 Contact Us
Small Animal
Large Animal
Equine
Online Ordering
What our customers say
Rating
4.6
126
reviews
Write a review
Where do you want to leave a review?
Jade Bentz
12 days ago
They're always so wonderful with both my dogs and cats. (Specifically I only see Dr. Fritz)
Posted on
Google
Joshua Sandine
26 days ago
This is a 5 star bet. No complaints at all with them. I am always amazed at the value and the service. Look no further for your pets’ needs if this is in your area.
Posted on
Google
Lynn Millrr
2 months ago
Great service
Posted on
Google
D.T. R
3 months ago
Our great Pyrenees became so ill We suffered the night early in the A.M.we rushed our ill baby to them. Outstanding care and compassion; lovely treatment of Orso and his humans...lovely. 💖
Posted on
Google
colleen tuma
7 months ago
They have always went above and beyond for our fur babies
Posted on
Google
Traci Shippy
7 months ago
Very kind and considerate.
Posted on
Google
Tracey Hill
10 months ago
Have always admired everyone who has worked here or works here. From back in the 80s through today. Met some great people and have been friends with many as well. Highly recommended.
Posted on
Google
Karla Munson
1 year ago
They always take the best care of any animal which I have taken. Very thorough and knowledgeable.
Posted on
Google

Learn Who We Are